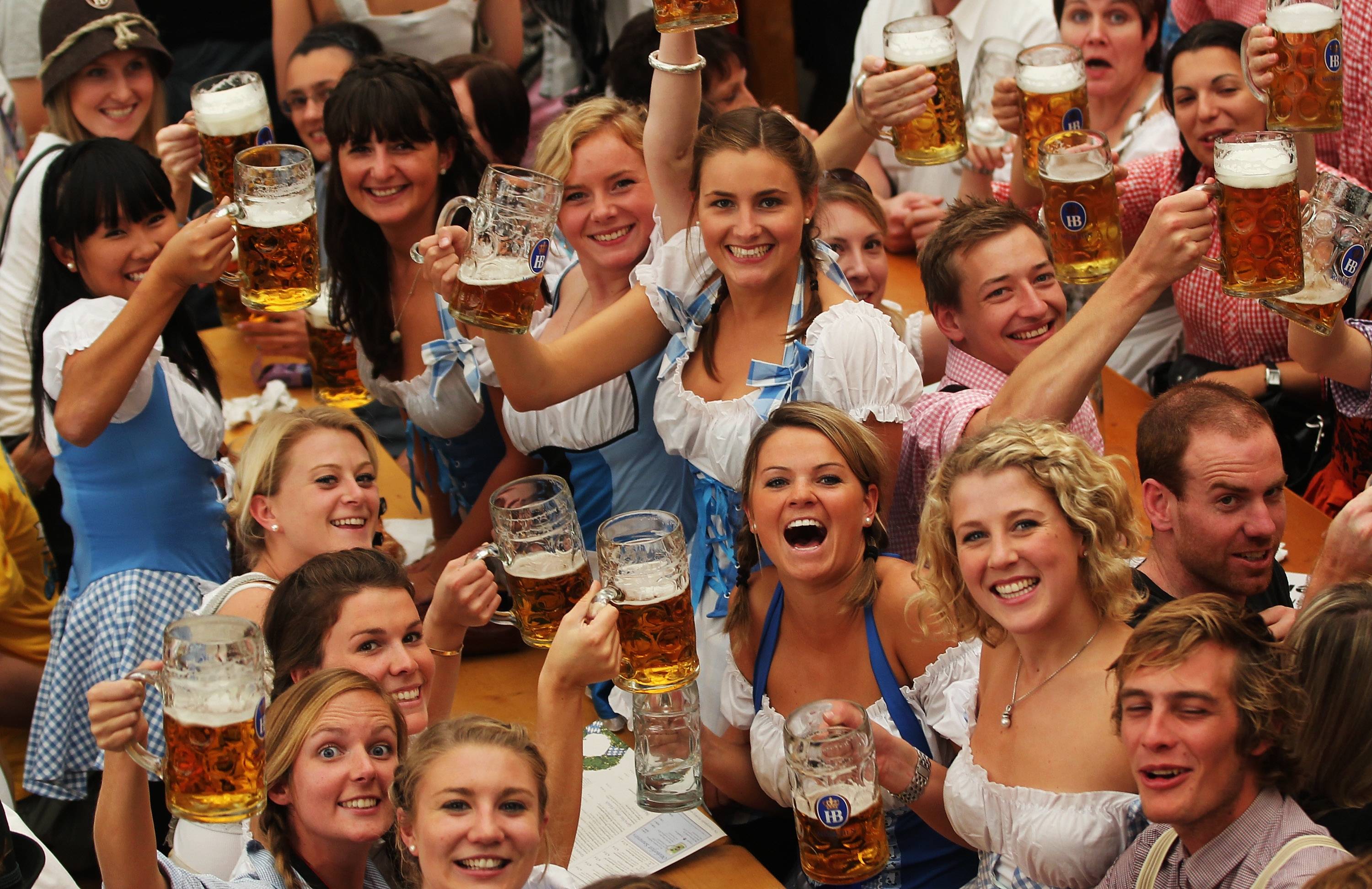 MUNICH, GERMANY - SEPTEMBER 18: Visitors of the Oktoberfest toast with beer mugs during the opening day of the Oktoberfest at Theresienwiese on September 18, 2010 in Munich, Germany. 2010 marks the 200th anniversary of Oktoberfest.The Oktoberfest tradition started in 1810 to celebrate the October 12th marriage of Bavarian Crown Prince Ludwig to the Saxon-Hildburghausen Princess Therese. The citizens of Munich were invited to join in the festivities which were held over five days on the fields in front of the city gates. The main event of the original Oktoberfest was a horse race. The world's biggest beer festival will last this year from September 18 to October 4. (Photo by Alexandra Beier/Getty Images)